With the recent recession, certain parts of the world have been hit worse than others. One such part is the United Kingdom, which has seen a dramatic drop in the value of the pound. Now is the best time to explore this unique country, but instead of exploring the well traveled paths of London, York and Scotland, head West to North Wales, and in particular the jewel in the North Wales Coast, Llandudno.

The town is – unlike many other places in North Wales – catered to Tourists, with a huge range of llandudno bed and breakfast accommodation, guesthouses, caravan sites and hotels in Llandudno to suit any budget, and budget it is, Llandudno due to it’s location is one of the cheapest part of the country to stay in.

That doesn’t take anything away from the town, as it’s one of the most beautiful parts of the country. On it’s own little peninsula, Llandudno has two shores, the quieter West Shore and the busier and more photogenic North Shore, connected by a couple of roads either around the Great Orme headland or straight across.

One of the first things you will see when you arrive to the town is the sweeping North Shore, dominated by the Great Orme. Near the Great Orme is Llandudno’s famous pier, one of the few left standing and still working in the UK. On it you will find gift shops, amusement arcades and fairground rides. It’s a testament to the town and business owners to keep it in an excellent condition, and well worth checking out if you’re in the area.

The Great Orme is home to more Llandudno history, where you can descend into the former copper mines. There you can view Llandudno from as early as the third century, as many of Llandudno’s early settlement was on the Great Orme. You will also find St. Tudno’s church on the Orme, one of the oldest churches in Wales.

It’s not just the past, Llandudno is a perfect destination for shopaholics with Parc Llandudno, with a range of popular stores for clothes and homeware. Dotted around the town itself is a large number of bars, restaurant and nightclubs, perfect for those wishing to experience it’s vibrant nightlife.

All in all, Llandudno is a great place to visit for a weekend away, a stop off to elsewhere (such as Ireland, Snowdonia or further afield in the UK), or a long break. There’s plenty to do in the town and it’s slightly off the beaten track. If you want a holiday in a beautiful part of the UK for cheap, then you can’t do much better than Llandudno. Check it out! 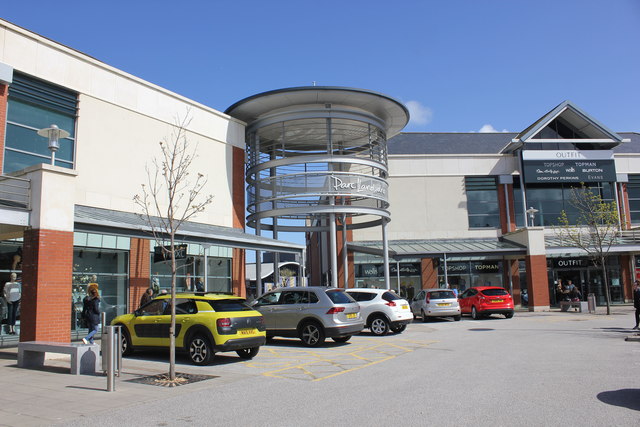 Holiday vacation is always an enjoyable experience. However, once the vacation is over and you check out your savings – you just realized that you broke your bank account for the vacation you just had.  So next time you decide to go on vacation, you may want to consider getting the cheap holidays. If you…

^Country Music Hall of Fame, Nashville For a music lover, it is not enough to simply listen on the playlist and be awed with how each musical instrument is played and mixed using Numark NS6. As they say, nothing beats experiencing the local music scene. Going to one of these American cities will allow you…

There’s an incredible place along the Mississippi Gulf Coast that is just waiting for you to come and explore. Biloxi has a bit of everything, meaning it’s a perfect vacation destination. There are Biloxi vacation packages that will have you lounging in the sun while deep-sea fishing for that unbelievable fishing story to take home, make…

If there is anything I’ve learned about traveling for a vacation, it’s the importance of having somewhere relaxing and convenient to stay once you get to your destination. Now I’ve never been to Romania personally, but I heard that Bucharest is one of the more popular tourist destinations there. One should look look out for…

Surely,everyone would want to have a good vacation whether it is annually, twice a year or quarterly. You may visit various places and the planning and preparation is all the same.  Here are some useful ideas on how to prepare for a good vacation: Make sure that you are organized with planning your vacation….

According to the song of reggae legend, Bob Marley; “”Want you to smile in Jamaica”. It is a place where you can find amazing and beautiful beaches. If you are fond of water sports, the rich blue seas are an ideal location for your Jamaica Holidays. No woman, no cry in Jamaica especially if you…