Bermuda is a British overseas territory, and is situated off the east coast of the United States of America. Discovered by a Spanish sea captain in 1505, the island remains a prominent tourist hotspot, mostly due to its subtropical climate, stunning beaches and wonderful culture.

Bermuda offers a great mixture of nationalities when it comes to its population, and from Scottish to Irish, Spanish to Native American, English remains the primary language of the island – however there are a number of settlements that speak Portuguese.

Bermuda is a stunning island, and there are so many things to see and do here, especially if you’re holidaying with your family. From scuba diving lessons to world-class gold resorts, we’re sure you’ll find something to keep you entertained on the island, and when you’ve had enough for the day, you can simply relax on the golden sands of the shore. Let’s take a look at some of the top reasons to visit Bermuda in 2013!

If you want to experience some amazing architecture while holidaying in Bermuda, then you have to take a look at the unfinished church. It was originally built as a replacement to St. Peter’s Church in the late 1800s, however due to increasing labour costs and poor planning, the church was only half built.

After one of the island’s regular harsh storms, most of the half-finished structure was left to crumble away, however over the last few years, the church has been miraculously restored with the help of government funding! Although much of the unfinished church has been left bare, all of the walls have been fortified, making it safe for tourists to explore this wonderful piece of architecture. 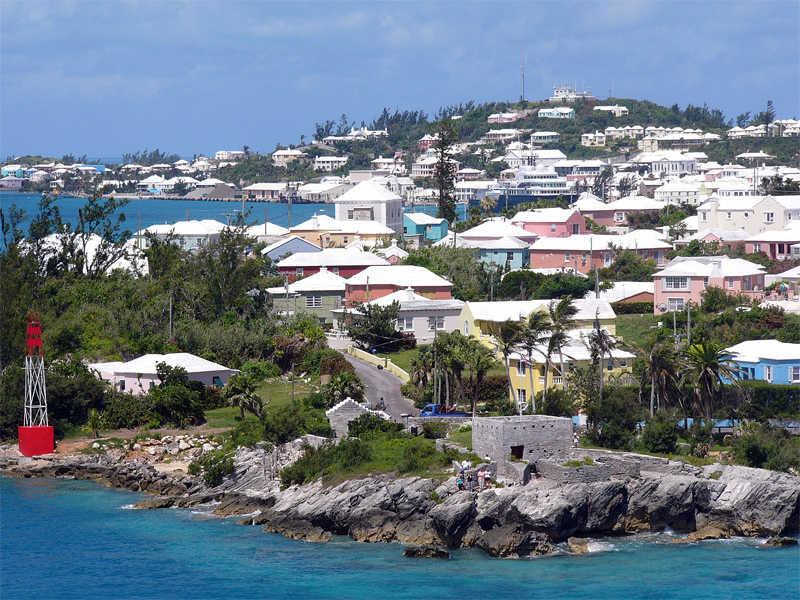 This beach is one of the most famous on the island, and because it’s so popular, you’re going to have to get up early to find a good spot! No matter what time of year you visit, the beach will be immaculately presented, with crystal-clear waters splashing onto golden sands. Even in the winter months, Horseshoe Beach is a great location if you’re looking to take your loved one out on a romantic walk, and with a number of lovely restaurants nearby, you can always stop off for a drink if the weather gets a little gloomy.

Why not take a break from the picturesque settings of the beach, and head down to the Royal Navy Dockyard. If you’re holidaying with your children, then this is a great place for photo opportunities, as the dockyard was one the primary base for the British Royal Navy operating in the Atlantic Ocean!

Now a marina, the dockyard is very tourist friendly, and you can even see some of the war-time ships that have been decommissioned. Furthermore, the dockyard also doubles up as an art gallery for local artists looking to show off their latest works! Additionally, there’s a marine pub on site too, serving great local ales and food.

Bermuda is just one of the destinations hot for 2013 see where else you can travel by checking out some  cheap cruise deals from southampton from cruise.co.uk.

Some people are quite lucky to be able to travel as part of their work. However, it can be a big hassle to most of these people because internet access can become a problem. So to solve this concern; most airlines would provide broadband connection on their lounge. So these business travelers would just need…

There are only a few bands in the world that have achieved the same level of prominence and fame as that of the bands of Boston. Here are some of the famous Boston bands. Boston Band They are known as the original rock band of all time. They named their band after the city where…

St. Francis Square resides just across the biggest mall in Mandaluyong, the SM Megamall and is located near various famous hotels like Shangri-la Ortigas and Crowne Plaza.  It also lies near the business district of Mandaluyong where hundreds of call centers can be found.  Just a few meters away is EDSA, formerly Highway 54 where…

Staying in an expensive hotel does not guarantee that there are no bed bugs in the hotel mattresses. It is hard to check on these bed bugs because these are nocturnal insects and would come out only at night time. The bed bug bites create red spots more like mosquito bites. However, you would know…

One of the longest and greatest man-made structures ever built is the Great Wall of China. It almost extends up to 8,851.8 kilometers from Shanhaiguan, east of Lop NurInner Mongolia. Walking back and forth along the walls will definitely tone one’s body or lose some weight, more effective than using a noxycut. Furthermore, the Great…

Paris is known as the City of Lovers, French people are believed to be romantic. Planning a trip to Paris, France is something that should be well-planned to enjoy the dream vacation. If you want a perfect Paris France vacation here are useful tips to take pleasure of the romantic getaway. Make sure to book…