San Francisco, California, is a famous destination for travellers around the world because of its incredible history and rich culture. You will be mesmerized by the ocean waters twinkling under the Golden Gate Bridge. This city also has tons of wonderful views to offer, and has been an attraction for immigrants, artists, poets and celebrities. Apart from the natural view, you will also love the San Francisco apartments.

San Francisco is one of the cities in California where many celebrities have been seen.  Citizens of this city have their own story to tell about their celebrity sightings. Usually they are seen in bars, hotels, spas and restaurants. Here are some of the celebrities that have been seen there.

1. Singer and actress, Rosario Dawson with “Sex and the City” former star, Jason Lewis have been seen in Sparadiance in Fillmore St for a facial treatment. It was during the shooting of the movie “Rent”.

2.  It was in The Garden Court of Palace Hotel in New Montgomery St, where comedian actors Bob Saget, Dana Carvey and Tom Arnold were seen. A research benefit was the cause of their presence at the said place. 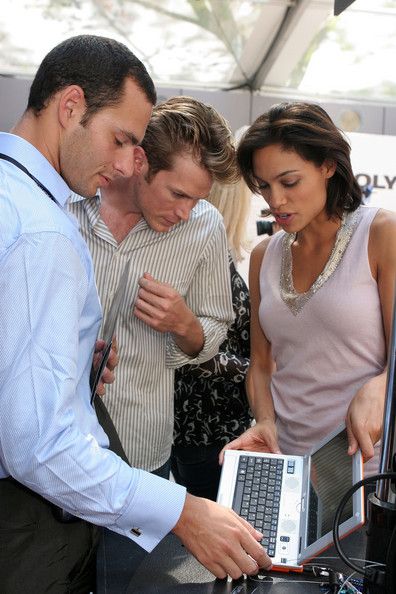 3.  Paris Hilton and Leonardo DiCaprio were seen at the Ritzy club in Clift Hotel. This hotel is where the pop stars usually stay.

4.  David Bowie, Nirvana and the Violent Femmes are the touring rockers that have all crashed in Phoenix Hotel in Eddy St. This hotel is known as a special “playground” for celebrities.

5.  Francis Ford Coppola and Robin Williams are frequently seen at the Rubicon restaurant, which they co-own with Robert DeNiro, in Sacramento St.

6.  It was in Tartine Bakery, a French bakery in Guerrero St, where San Francisco local Benjamin Bratt and his family were usually seen.

These are just some of the usual places where the famous celebrities have been spotted. So if you want to have a celebrity sighting, you know now where to find them.

Whenever you go on a vacation whether out-of-town or overseas, your friends and family members would often expect a souvenir gift from the place that you have visited. It is a must that you include this in your budget whenever you are out on a vacation. But what could be the best souvenirs for others…

Travel aficionados would often bring home with them a souvenir from each of their travel destinations. Those who grew up traveling in different parts of the world have collections that would rival local museums. Some could even be seen toting purses and accessories picked up from their global escapades whenever they go out with friends….

During the many years of it’s tourist history Crikvenica (Croatia) has been and has remained one of the most popular summer resorts on the Croatian coast. And since it is important for a good image of tourism to be projected, Crikvenica tourist facilities are strictly regulated by the Tourist Board. You will find that accommodations,…

With the recent recession, certain parts of the world have been hit worse than others. One such part is the United Kingdom, which has seen a dramatic drop in the value of the pound. Now is the best time to explore this unique country, but instead of exploring the well traveled paths of London, York…

The onset of rainy season is now being felt. It rains almost every afternoon. However, I think no amount of rain can stop a person who loves to travel. My current condition, being preggy at that, does not stop me from discovering beautiful places. I have been very fond of exploring new places and…

Check out New York City Vacations – New York, New York. When you think that you are ready to visit the city of New York to experience the secrets and wonders of city life then you really want to enjoy a New York City Tour. You might want to take it on a helicopter where…